Kiwi are vulnerable to predators such as stoats, ferrets, weasels, rats, possums, cats and dogs.  Kiwi are also at risk of being hit by vehicles as they cross the road and fall prey to possum traps set on the ground.

In most unmanaged areas, almost all kiwi chicks are killed within the first six months of hatching and most of those are killed by stoats. The feisty nature of an adult kiwi, combined with its size, strong legs and sharp claws mean it is more likely to fend off most mustelids (stoats and weasels) but wouldn’t survive a dog attack.

The main cause of death to adult kiwi is dogs. Kiwi smell irresistible to them, and even a well-trained dog can kill kiwi. Kiwi aversion training is one of the ways we can help kiwi have a chance against dogs. Both feral and domestic cats are also a big threat. 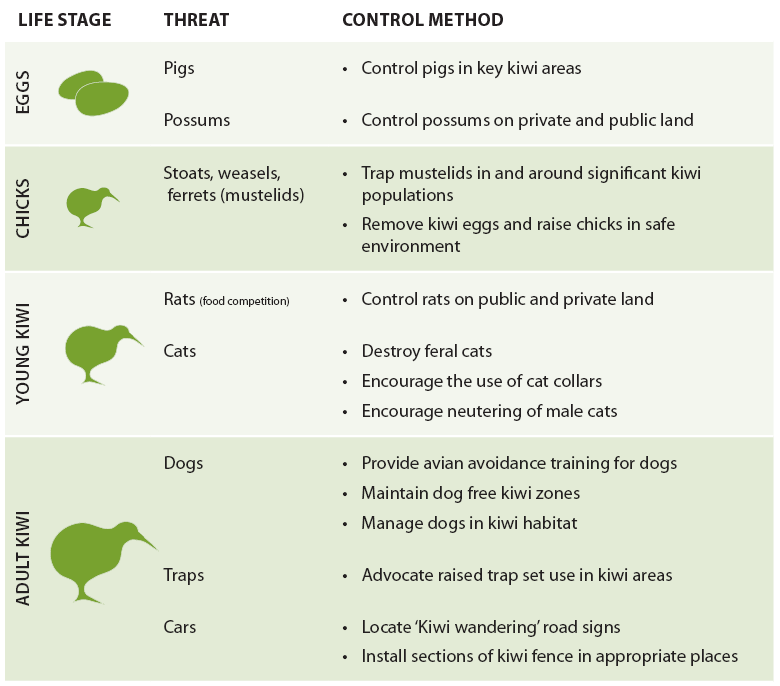