The biggest threat to kiwi chicks are stoats and in an area with no stoat control kiwi chicks have less than 5% chance of surviving. The ongoing pest control in the Whakatāne Kiwi Project area has enabled the kiwi population to grow from just 4 adult pairs to over 350 kiwi! Consistently low numbers of rat and possums have allowed the other native bird life to flourish as well creating a positive impact on the whole ecosystem.

Which mustelid have you trapped?

Here are some photos to help show the differences between weasels, stoats and ferrets.

Generally stoats are bigger than weasels and they have a black bushy tip on their tail, while weasels have a straight brown tail. Stoats have a straight line between the creamy white underbelly and brown back whereas weasels have a more uneven line and spots of brown under their chin, this can be remembered by thinking of straight stoats and wavy weasels. A ferret is the largest of the three and looks quite different to the smaller stoats and weasels. If you are still unsure which mustelid you have trapped send us some photos through to admin@whakatanekiwi.org.nz.

Stoat or Weasel? How to tell them apart 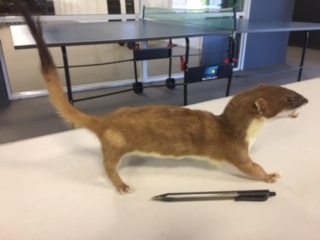 Stoats are much larger than weasels, approx 34-40cm in length nose to tail. They can also be distinguished from weasels by the presence of a large black tip on their tail. 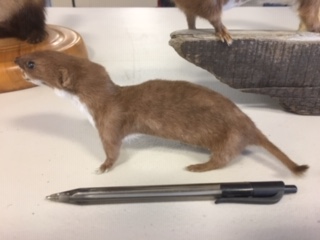 Weasels are smaller, 18-21cm long. They also have no black tip on their tail. 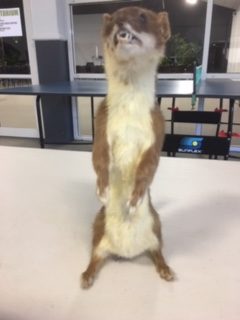 The edges of a stoat's white underbelly are straight, hence the phrase 'straighty stoaty'. 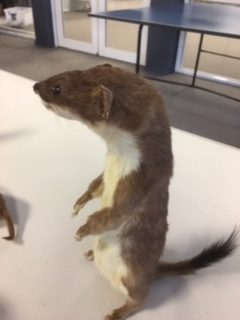 Another angle showing the straight edge of the stoat's white fur along its flank. 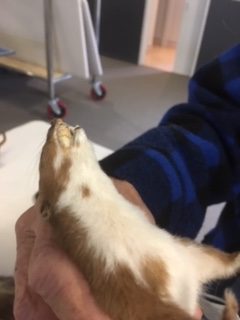 In contrast, a weasel's white underbelly is jagged and uneven, hence the phrase 'wavy weasel'. Also note the brown spots under the chin of the weasel, another distinctive feature of this animal. 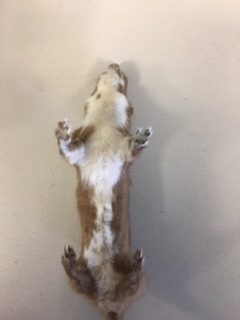 From below it is easy to see the jaggedness of the weasel's white fur and the brown spot on its chin. 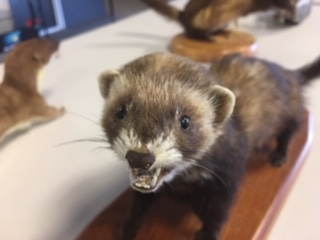 This is a ferret, much larger than either a weasel or a stoat, approx body length of 32-46cm. If you include its tail, these creatures can reach over 50cm in length. 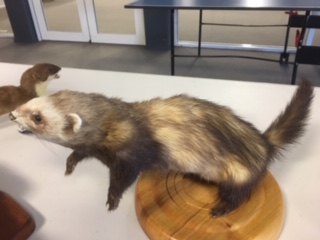 As well as the difference in size, you can easily tell a ferret by its patchy body fur and black feet.